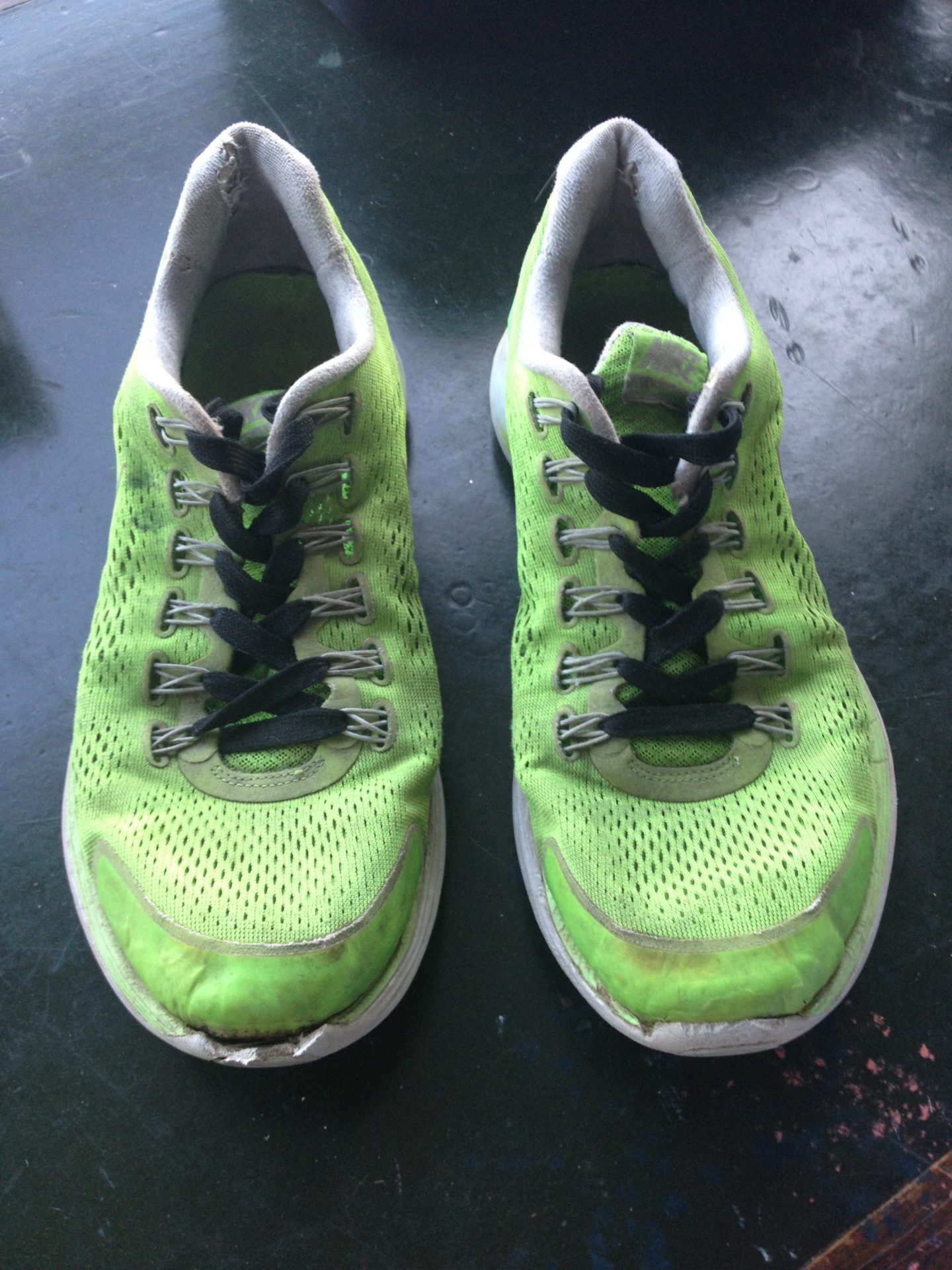 So as my first blog post entry New Year’s Resolution stated, I started running in January 2015. I expect most people who set themselves a resolution show early enthusiasm. To my previous frustration the gym used to always be very busy in January. However, I did not get off to a flying start. I didn’t lace up my dirty, old Nike trainers until a week in to the new year. Seeing as Christmas had just passed I should have probably asked for some new trainers; or a long sleeved running top; or something to make me want to get out in the cold to try out my new gear. Instead, I resorted to my scruffy green trainers that had been used for the gym and everything else for a few years. They were already on their third pair of laces. It’s difficult to find bright green laces similar to the ones they originally fashioned, so black had to do. Also, they stunk. Still do. I feel sorry for my sister who used to have to put up with them lying around the house after gym sessions. I’m not even sure that they are designed for running. I used to buy trainers for their appearance, and didn’t spend much time researching what their best function was. I did once jump on a treadmill in a sports shop, and the friendly assistant said I had a neutral running gait. At the time I had no clue what he was talking about, and didn’t like the look of the trainers he was recommending. I resorted to shopping online for my flashy Nike pair instead. I paired my Nike’s with some tight sports leggings that I wear to football training on particularly cold evenings; any old t-shirt or football strip I own; a Primark zip-through hoody; a black beanie hat; and some gloves when it was particularly frosty, although I find my hands get too warm after a few minutes and I end up holding the gloves for the remainder of my run. 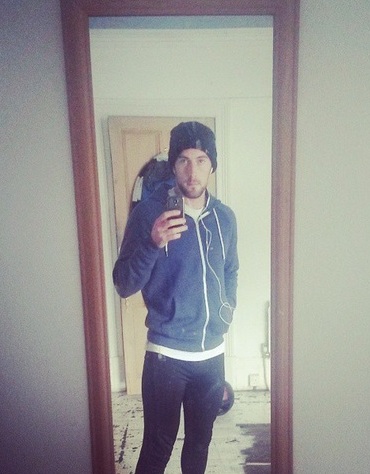 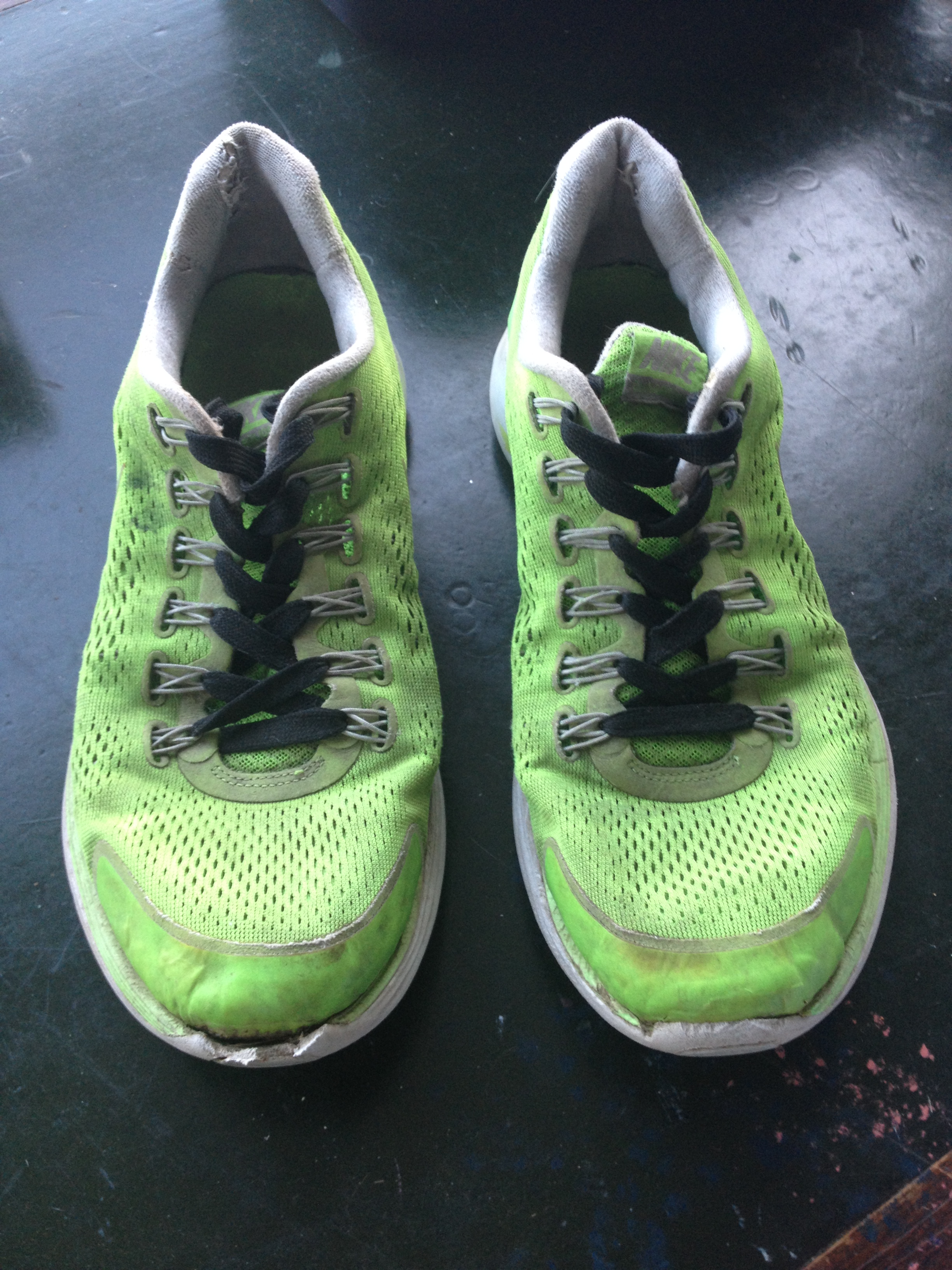 So all kitted out I was ready to be a runner. I ran twice my first week running. Identical runs. I started from my house headed downhill until I hit Swansea Bay. Then I ran along the promenade parallel with the bay until I reached the Pier, turned around and headed home. The distance is approximately 9.7 miles. This is the furthest I had ever run, but I stayed at what seemed a sensible pace (approximately 8 min/mile for both runs) and it didn’t seem too taxing. I felt sore after my second day running and had a few days off.

To keep me motivated I entered my first race. There weren’t many races to choose from in January, but I found a cross country event being held in Cardiff, the Cardiff Cross Challenge. The race was a 10.3 km (6.4 miles) race being held at the Blackweir Fields, which form part of Bute Park. I had run further than that in my first two runs, so I felt fine about the distance. I didn’t really know what to expect from cross country though. I always did pretty well in the annual school cross country. I seem to remember placing in the top 10 each year. However, this was mainly due to the fact that it was forced upon us by the school so most people walked it, and I was one of the few who was determined to finish without stopping.

I only had a week to prepare for the cross country event. So a couple of 10K runs along the bay and a relaxed 4 miler seemed sufficient. It was only after a bit of research a few days before the race did I realise that my scruffy, green trainers wouldn’t suffice for an event like this. All the websites I read offering advice on how to run a cross country event, were suggesting either specialised cross country spikes, or at the very least trail trainers. My Nike’s had very little grip to start with, and after years of abuse were never going to stand up to the muddy course. Consistent rain (typical of Wales) in the lead up to the race was the final nudge I needed to purchase some spikes. I couldn’t find any in the local sports shops, which there are few. So I went online. Even online I was having trouble finding cross country spikes, mainly because I was looking in the wrong shops. I had no experience of buying specialised running gear, and Sportsdirect only had a few options to choose from. I chose a pair of Puma Haraka XCS, and they arrived the day before the race. I was excited and nervous but this changed in to a frustration when I realised the spikes were tiny and it was recommended to have 12-15mm spikes for the boggy conditions that were expected in Cardiff. It was too late to purchase some replacement spikes for my Puma’s, so they would have to do. I just had to hope it would stop raining. Why does it always rain in Wales? 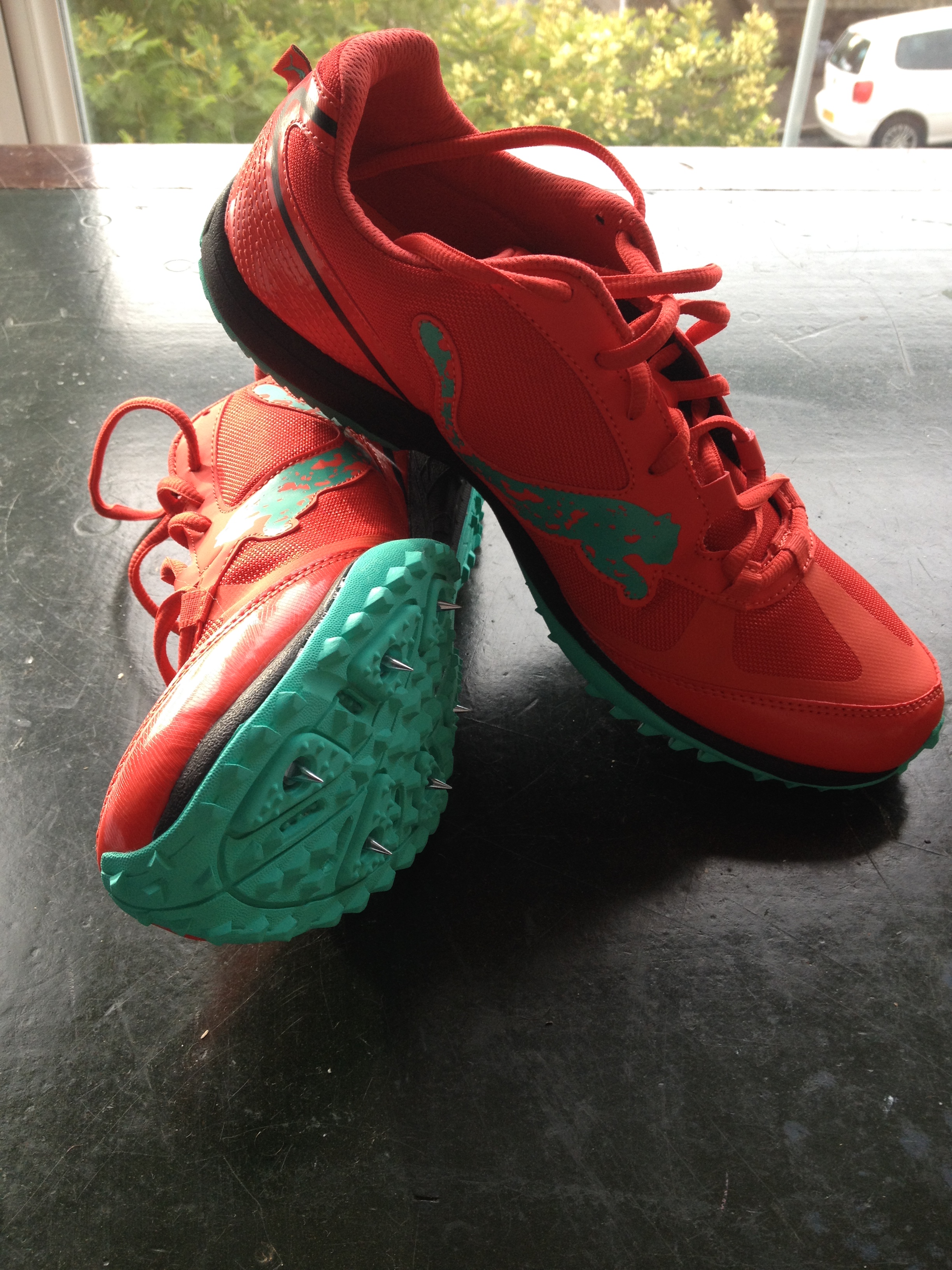 Sunshine finally! It was a lovely sunny Sunday morning when Vicki and I travelled up to Cardiff. There were no hiccups and the journey and parking went smoothly. We walked from the car park near Sapphire Gardens, over a bridge, and up to Blackweir Fields. On arrival, we saw British Athletics and Welsh Athletics banners everywhere. Athletes in club vests and training tracksuits. This seemed more serious than I was expecting. I couldn’t see anyone else who was not part of a club. I collected my number and pinned it to my long sleeved top that I had bought a few days earlier. The women’s race was just getting started. I had some time to kill, and I came across an athletics stall to browse. Running spikes, brilliant. I purchased the longest spikes they had because the ground was boggy and soft. Frantically I started replacing my spikes. My hands were cold despite the sunshine. I finally had my spikes ready and I started a gentle warm up before I heard the call for the male runners to make their way to the starting pen. Eek, I didn’t feel ready.

At the start, we waited for all the runners to group, and then the gun fired and we were off. The front of the pack shot off. I burst forward and tried to settle in to a rhythm. I couldn’t handle the pace, but tried to keep going at a upbeat tempo. The ground was so boggy, and each step consisted of my foot sinking deep in to the mud, and having to yank it up, out and forward. This was tough.

I spent most of the first lap trying to work out who the boy to my left was. I recognise him, did I go to school with him? I pondered.  By now we had left the main field and were running through the wooded area. I finished the first lap half way down the field, but I was struggling. As I passed by Vicki, I gave her a smile and a look suggesting ‘what am I doing here?’. I slowed as we ran away from the main concentration of supporters. I wanted to finish but we I had a few laps left. Each lap my legs felt heavier and heavier and wrenching my feet out of the thick mud became harder and harder. I was getting slower and slower. The mud was sapping all of my leg strength and energy.

Entering the final lap, most of the field had passed me. Dig in I thought, just don’t come last. I didn’t want the embarrassment of coming last, especially with Vicki watching on. This is my first race with my girlfriend watching, I knew she would be supportive whatever position I came, but coming last would have been tough on my ego. I stuck at it and finished with a sprint finish. I placed 80th out of 98 runners. That was a shock to the system.  I was happy to finish my first race of my new year’s resolution, but it made me realise how much work needed to be done. Glyn! That’s it, I remembered. Glyn from Big Brother. I laughed as I remembered who the boy I recognised was. A Big Brother contestant from years ago. He was famous for singing to himself about boiling an egg for the very first time. Well, he had just smashed that egg all over me, and destroyed me in that race. Next time I’ll be ready I thought to myself. 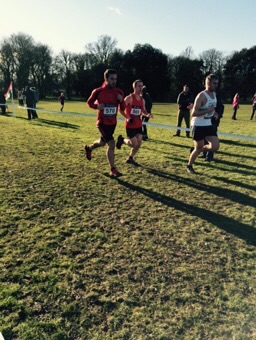 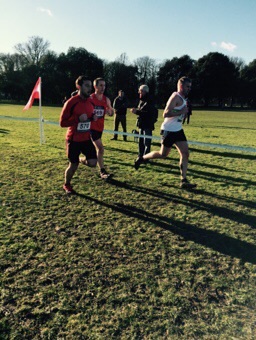 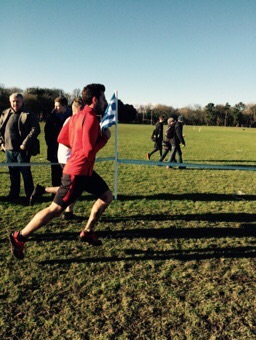